This September 2019 photo shows the completed pedestrian pathway connector between Newland Hall, left, and Wey Hall, right. It connects the new parking deck to the existing parking circle in front of the Schaefer Center for the Performing Arts. Click on the image for a full view. Photo by Marie Freeman

The Pedestrian Pathway Connector/Arts Corridor is one of several major construction projects underway or being planned over the next three to five years at Appalachian State University to enhance the Appalachian Experience.

The project supports the strategic plan of Appalachian and the university’s goals and metrics associated with the University of North Carolina System’s strategic plan. It will benefit students, athletics and the community.

This pathway will unite the two halves of Appalachian’s campus, as referenced in the Master Plan 2025 (page 41), while connecting the arts, transportation and university events.

The first portion, completed in time for the Aug. 31, 2019, football game and now called Blue Ridge Way, connects the new parking deck adjacent to Frank and Belk Residence Halls to the Schaefer Center for the Performing Arts and Wey Hall. This connector primarily serves as a wide pedestrian path. During events with large attendance (football games, large concerts, events in the new North End Zone facility), it offers improved emergency vehicle access and is used for an additional vehicle exit from the parking deck and stadium areas.

The second portion of the project, known as the arts corridor, would more visibly link the Schaefer Center; Wey Hall, which houses the Department of Art; and the Broyhill Music Center — all located to the south of Rivers Street — and then cross Rivers Street to the university’s other key arts facilities: Chapell Wilson Hall, which houses the Department of Theatre and Dance; Valborg Theatre; and the Turchin Center for the Visual Arts. 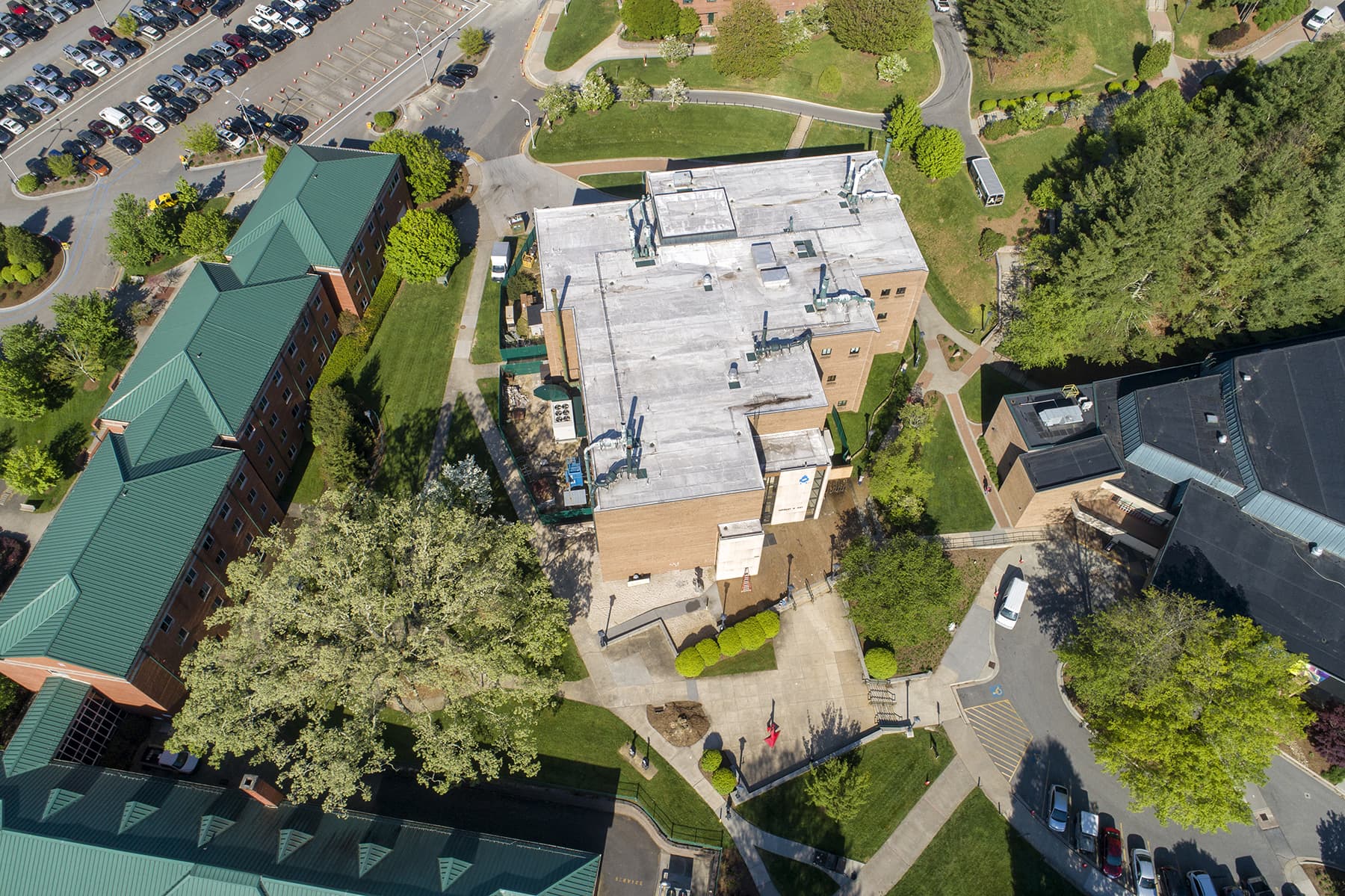 This May 2019 image shows the area before construction. Photo by Marie Freeman

On Jan. 24, 2019, the UNC Board of Governors approved expenditures of up to $916,866 from existing budgets to plan and implement the pedestrian pathway connector. Construction was complete in time for the 2019 football season. The contractor was Greene Construction of Boone.

The pedestrian pathway connector, now called Blue Ridge Way, was made to match the sidewalks around Sanford Mall, built with pavers laid in a concrete foundation. Weep holes in the concrete allow water penetration to nearby tree roots. Construction activity was excluded from an established tree protection zone around one of Appalachian’s oldest campus trees.

The funding source for the Blue Ridge Way pedestrian pathway connector was the university’s Transportation and Parking Reserves fund. No official planning funds have been invested in the arts corridor yet.

All members of the campus and local community benefit. Since late August 2019, pedestrians and motorists attending football games and other activities at Kidd Brewer Stadium as well as large concerts at the Schaefer Center for the Performing Arts have experienced faster egress, better traffic flow and increased safety. Eventually, those walking through campus will have a more clearly marked route, which also would guide them to various arts facilities, including the Turchin Center for the Visual Arts and the gateway to King Street in downtown Boone.

The safety, health, wellness and enjoyment of all members of the Appalachian Community, including visitors, are of utmost concern of the university, as each makes possible personal, academic and institutional success.